Ted N. C. Wilson, is the current President of the General Conference of the Seventh-day Adventist Church as of June 2010. Prior to this appointment, he served as General Vice President of the church since July 2000.

Wilson was nominated by the church's 246-member Nominating Committee and elected by the General Conference Session delegation, the highest governing body in the church consisting of an international body of 2,410 appointed members. He succeeded Jan Paulsen, who had served as president since 1999. On July 3, 2015 at the 60. session of the General Conference of the Seventh-day Adventist Church in San Antonio, Wilson was reelected for a second five-year term. He holds a doctorate in religious education from New York University, a Master of divinity degree from Andrews University and a Master of Science degree in public health from Loma Linda University's School of Public Health. His nomination and subsequent election had been expected. In the 2010 General Conference session, President Wilson emphasized the need to turn to the scriptures and affirmed the church's strong belief in the writings of Ellen White. 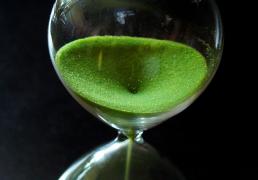